This system observes earthquakes in various facilities in cities and provides information that serves as a standard for disaster response and disaster prevention measures. 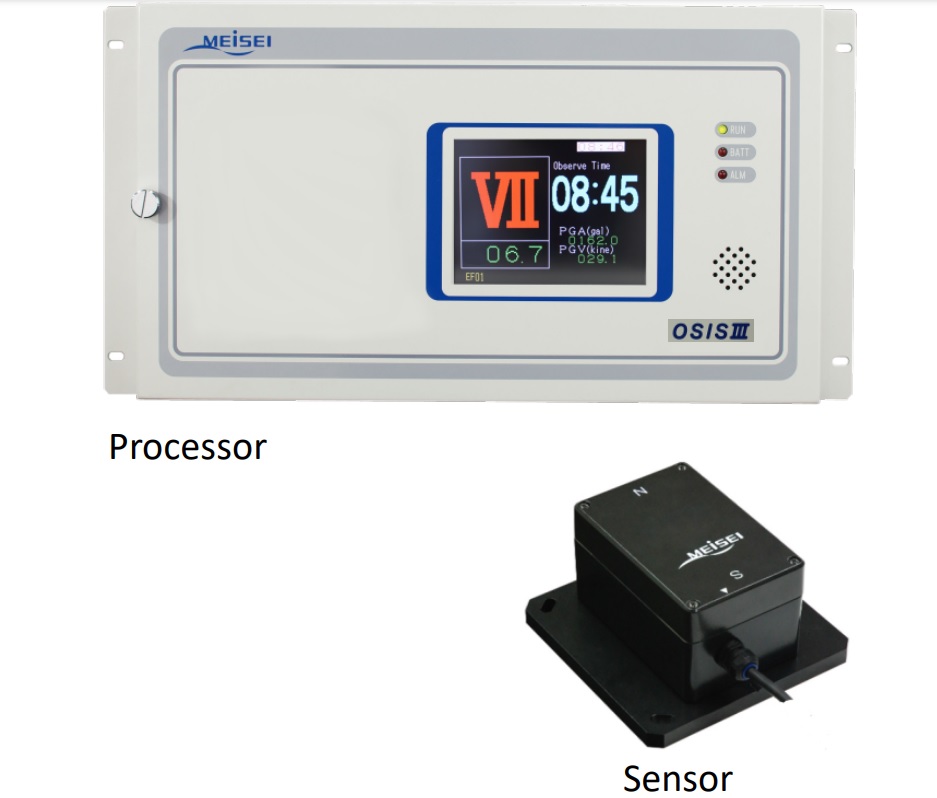 Seismographs detect when an earthquake occurs and the tremor reaches the observation point. The shaking can also be predicted by the Earthquake Early Warning provided by the Japan Meteorological Agency. The control seismometer outputs the real-time seismic intensity 0.3 seconds after the P-wave arrives. The measuring seismic intensity meter accurately outputs the seismic intensity, an important indicator for estimating the scale of damage, in approximately 1 minute. Seismometers are also used to observe long-period seismic motions, which can cause serious damage to high-rise buildings.
Meisei Electric can provide seismometers of various time phases based on its long experience, and can also build a system to integrate and manage them.

Earthquake countermeasures can be taken quickly and damage can be minimized by observing each stage of the time series from the occurrence of an earthquake to the end of the shaking with appropriate equipment. 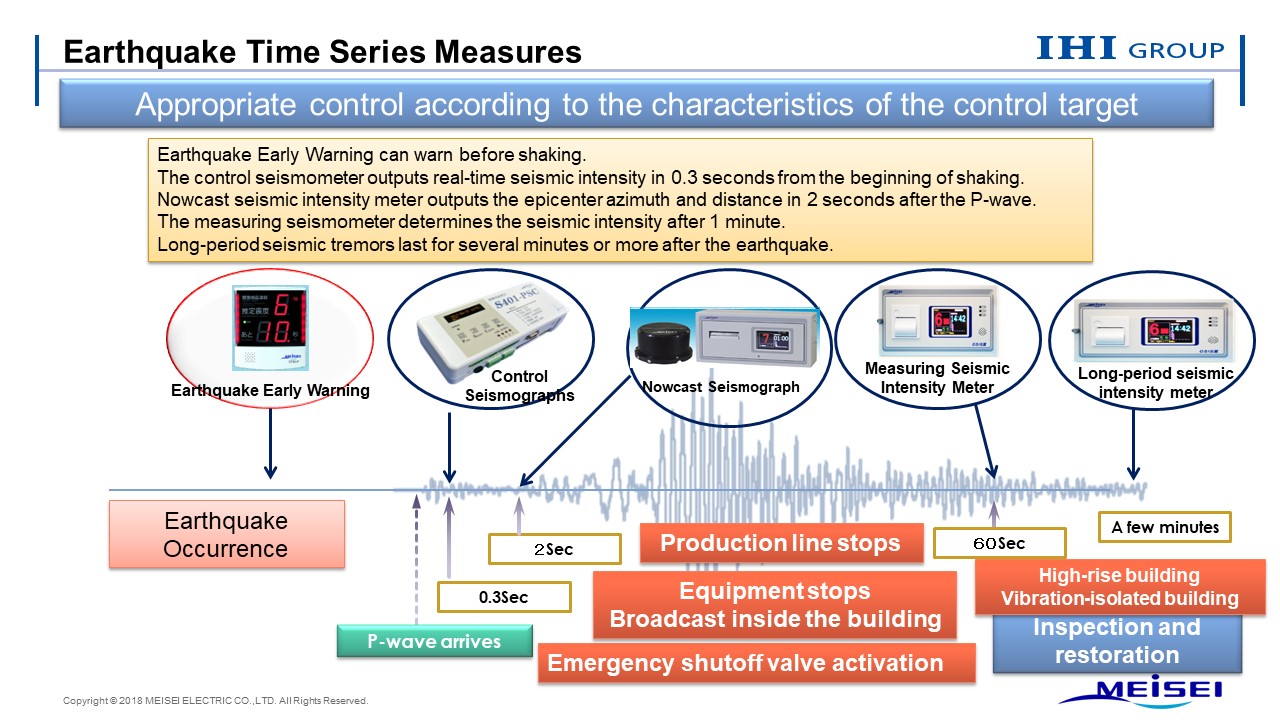 In Japan,the 1995 Southern Hyogo Prefecture Earthquake delayed initial disaster relief efforts and resulted in the loss of many lives because it took time to ascertain the scale of damage and location due to the disruption of ground communication networks. Therefore, information on seismic intensity was consolidated to the Japan Meteorological Agency via prefectural governments within one minute, and immediately communicated to all citizens through disaster prevention organizations such as fire departments, police departments, and Self-Defense Forces, as well as mass media, and the damage assumption system of the Cabinet Office was automatically activated to establish a disaster rescue system, preventing the "72 hours of life" from being wasted. This information is positioned as the most important information to avoid wasting "72 hours of life.

Measured seismic intensity, calculated from seismograph observations, is objective, unambiguous, and can be used as an official record.
The seismic intensity observation network is the most important earthquake disaster prevention system that should first be deployed at each facility in earthquake-prone areas. 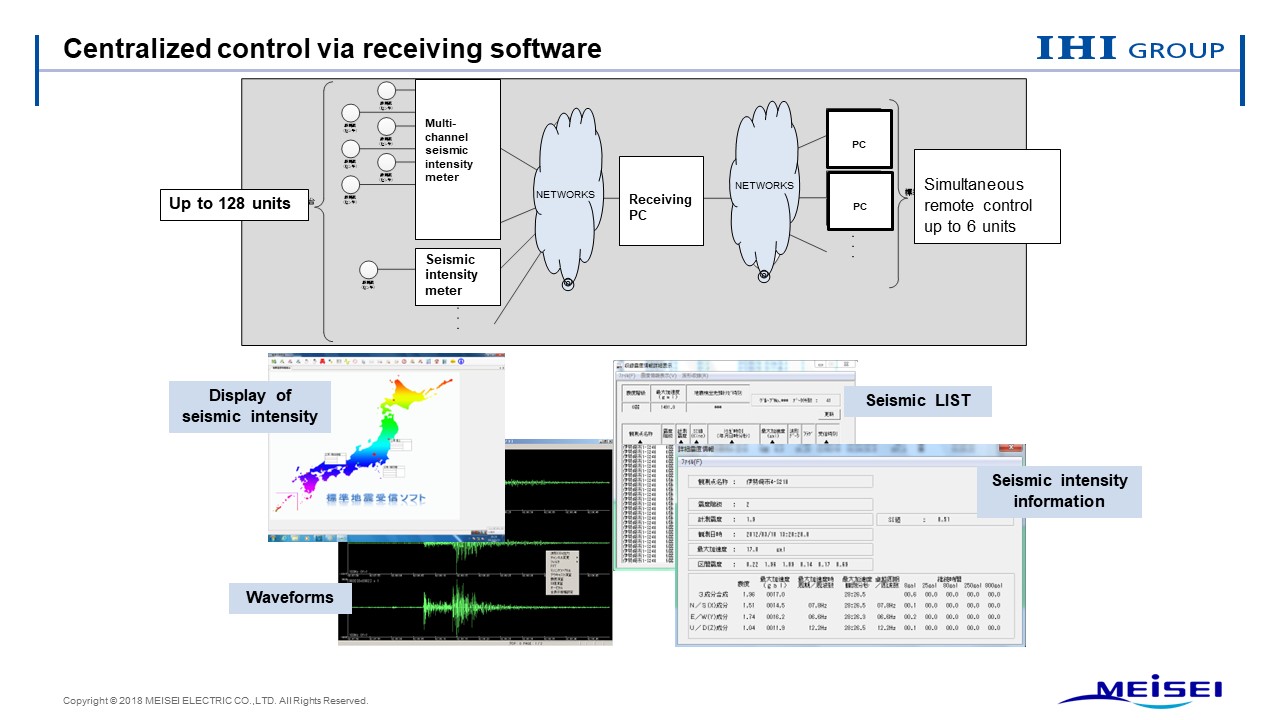 In addition to the accelerometer, the seismometer needs a processor that calculates and outputs the seismic intensity and a time calibration function. 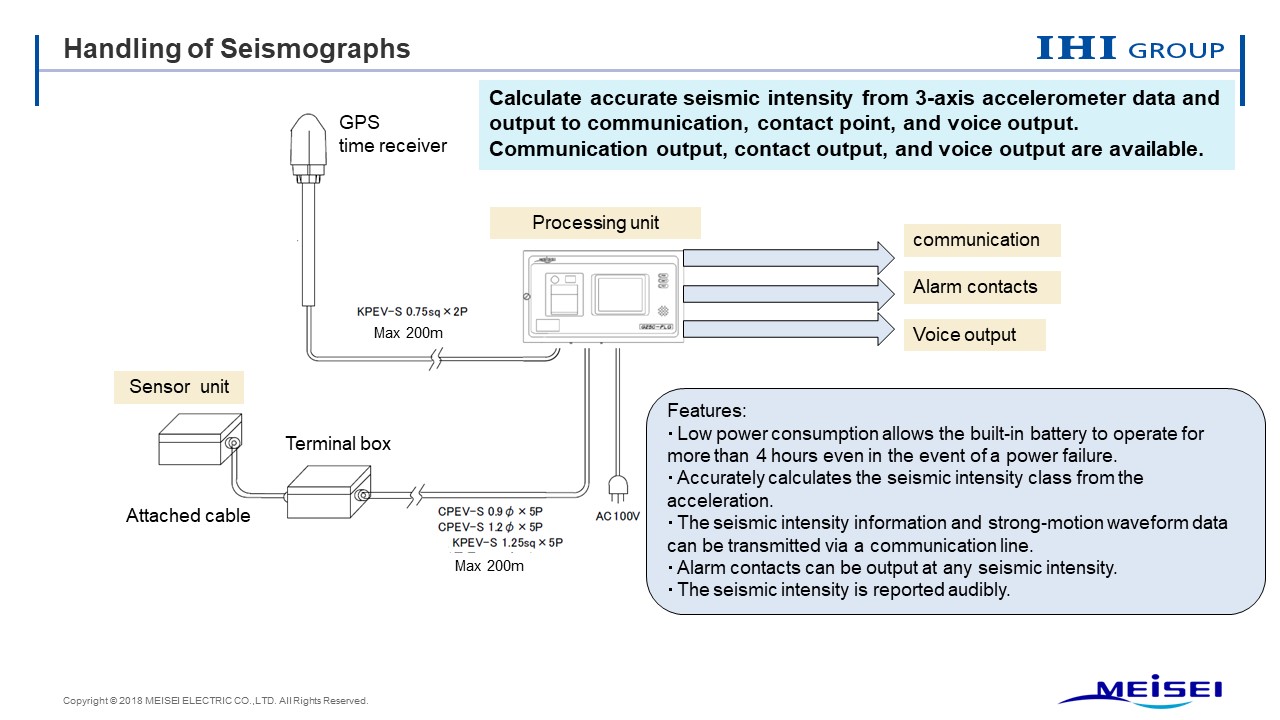