The implementation of the newly developed "Pair Locking Clip" (i.e. joint bracket for the prevention of the ceiling falling off down) in all building projects 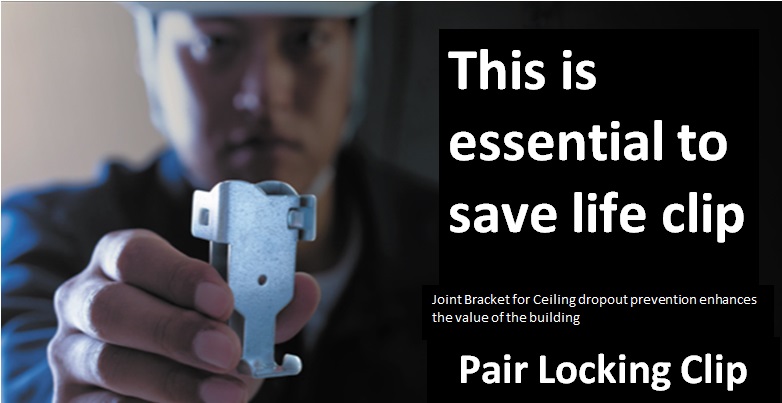 "Pair Locking Clip" is a joint bracket for preventing the ceiling falling down, newly developed to withstand earthquakes. The Pair Locking Clip is intended for all building projects that has been ordered after September 1, 2016. to give a sense of security to an owner of a building. The ceiling having "Pair Locking Clip" are 3 times higher in strength as compared to the conventional ceiling and the same has been verified through experiments/testing. 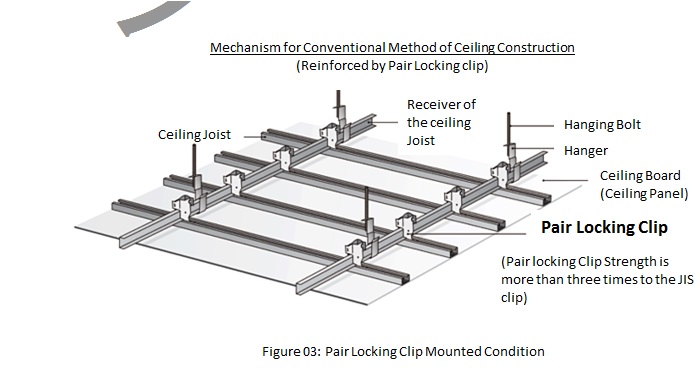 ■Features
The "Pair Locking Clip" has the following features.
① It consists of a simple material, with each pair containing two clips, and have a simple mechanism to fasten the receiver Joist.
② The interlocking is tight as the pair of clips clipped in each other (refer to Figure 4). 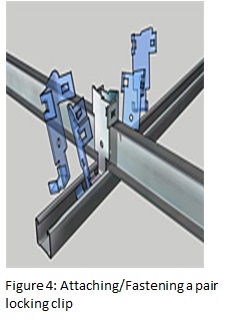 ③ The Fastening by pushing it with the finger has made it convenient and fast. Screws and bolts are not needed.
④ We have developed two type of "Pair Locking Clip”, one is for existing building and the other for newly constructed buildings.

Material Experiment results
In the material experiment, the clip has been pulled in the vertical direction, to verify the strength and rigidity, thus it has been proved that "Pair Locking Clip" has enough strength as compared to JIS clip, we have an anti-wind pressure clips and have equivalent strength and rigidity. The experiment/test results are depicted in Figure 5 and Figure 6. 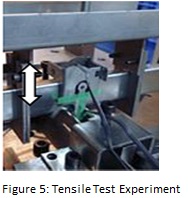 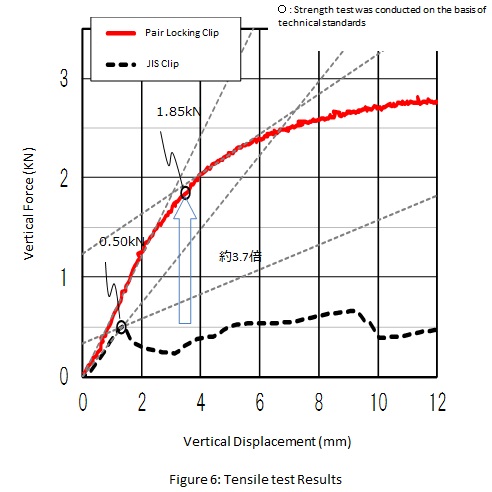 ■ Ceiling Unit Experimental Results
The Unit Experiment has been conducted with the predetermined Loads with plain compression. During experiment, JIS clip has been damaged as the claws become open but no impairment has been observed in the "Pair Locking Clip”. The experiment/test results are depicted in Figure 7 and Figure 8. 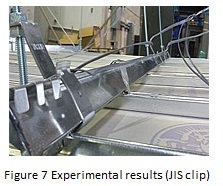 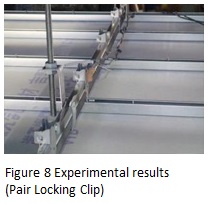 ■ dynamic vibration test results
We conducted a vibration experiment by reproducing the 2011off the Pacific coast of Tohoku Earthquake wave (JMA Sendai wave), to strike against the real large-scale ceiling (of size 7.5 m× 4.8m ×1.5m (Height x width x depth)) and wall.
Pair Locking Clips were observed under vibration of 2.2G (i.e. Equivalent to the seismic intensity of 7) and the results have confirmed that there no damage or loss to the "Pair Locking Clip" ceiling.
In addition to this, the amount of strain observed in the engagement portion and in the vertical portion of the "Pair Locking Clip" was also very small which justifies its good quality. Figure 9 reference 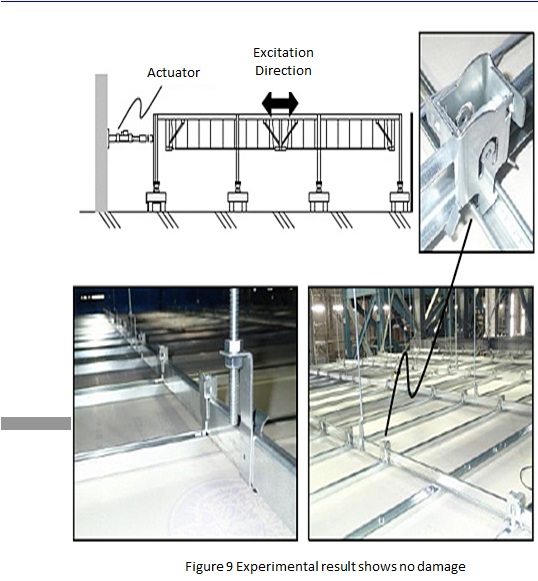 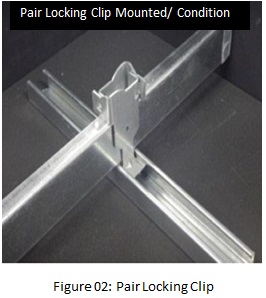