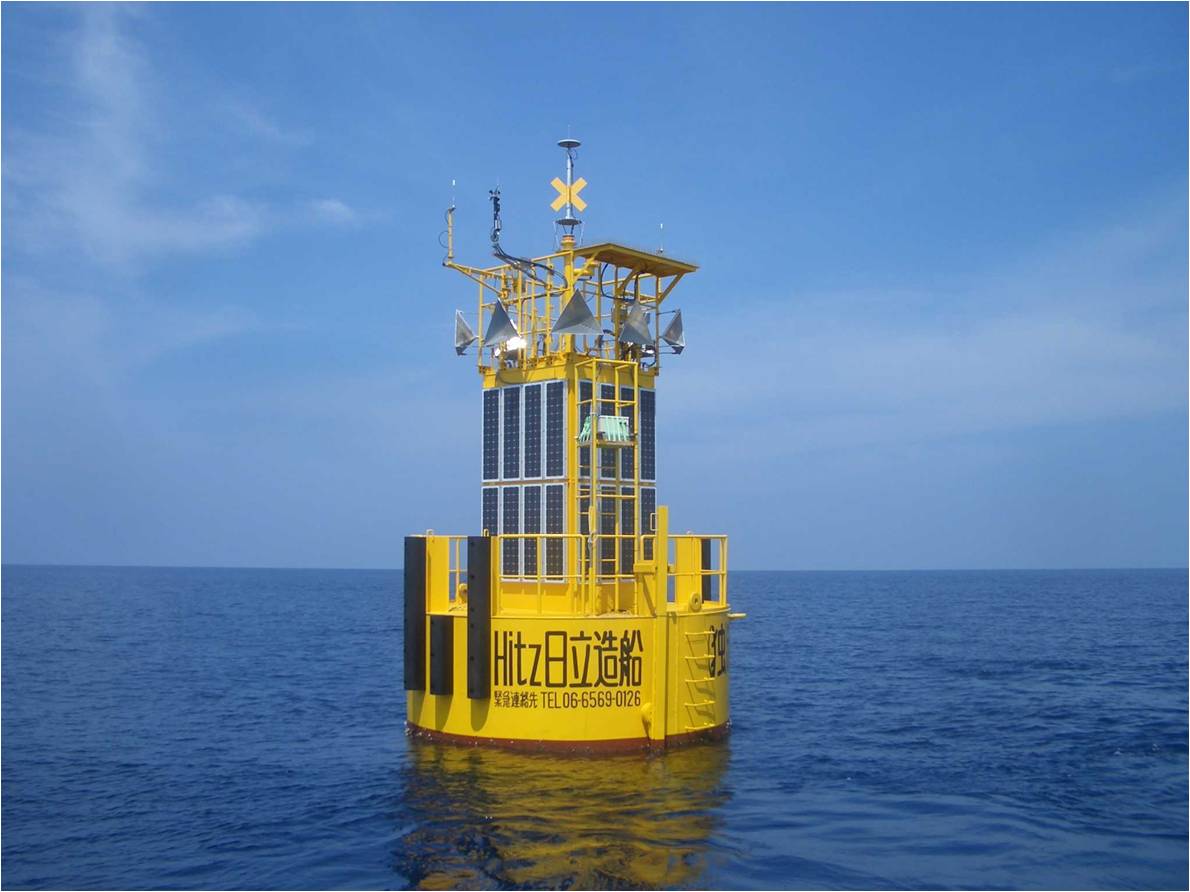 The GPS (Global Positioning System) Wave Meter developed by Hitachi Zosen is currently operating at 18sites around Japan, having been adopted by the Ministry of Land, Infrastructure and Transport and Tourism in FY2005.
Tsunami wave heights in the Great East Japan Earthquake were measured by GPS Ocean wave meters installed in the Pacific Ocean off the coastline of the Tohoku region as well as in the Tokai, Kinki and Shikoku regions.
The world's first wave meter capable of measuring tsunami wave heights in real time from a position far out at sea, the GPS Ocean wave meter is now subject to worldwide demand, particularly from countries with a history of tsunami events such as Chile and Indonesia, and is sure to play an important role in tsunami prediction around the world.

Concept of a GPS measurement buoy system is to be able to be useful for reduction in tidal wave damage by detecting and reporting to resident a tidal wave first than arrival to a coast. 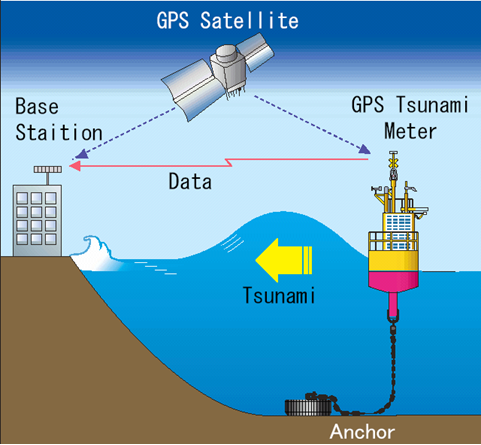 Equipped GPS receiver and communication unit into the buoy deployed on the ocean, RTK (Real Time kinematic) positioning method measurement of a fluctuation in surface of the sea by the precision of the cm level. The measuring result is easy to understand on the done home page as well as result.

Hitachi Zosen has developped GPS ocean monitoring buoys since 1996. The company has built eighteen large buoys, which are operated off the coast of Japan‘s main islands by the Ministry of Land, Infrastructure, Transport, and Tourism (MLIT). These buoys have a diameter of 5 meters, are 18 meters high and weigh 47.5 tons (not including the mooring chains and anchors) typically. They have been designed to withstand wave heights of up to 30 meters and are equipped with a dual frequency GPS receiver and antenna, battery-charging solar panels and has real-time radio communications to shore.

GPS ocean monitoring buoys at offshore are presently computing real-time kinematic (RTK) positions relative to a fixed reference station on the land. These RTK positions are radioed back to shore where they are used for routine monitoring of open water wave heights and to alert first responders to the arrival of tsunami waves.

The buoys have captured several tsunamis in the past. This includes the tsunamis caused by the 2001 Peru earthquake (first detection of tsunami by a GPS buoy), the 2003 Tokachi-Oki earthquake, and the 2004 Tokaido earthquake. The Great Eastern Japan Earthquake occurred at 14:46 (JST) on Friday, 11 March 2011, in the Tohoku region (North east of mainland Japan). It was the biggest earthquake to strike Japan with a magnitude of 9.0 (Mw). This earthquake triggered extremely destructive Tsunami waves of up to 38.9 m which struck the shore. 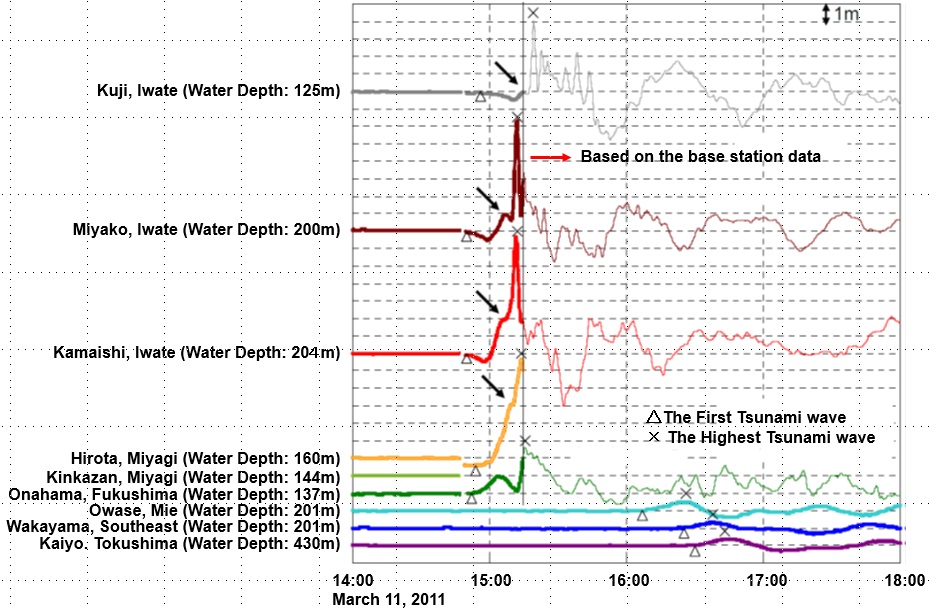 We have succeeded to capture these Tsunami waves by GPS ocean buoys deployed around the earthquake area, and results were transmitted to the port security office and the Japan Meteorological Agency (JMA) in real time. This waveform information was efficiently used to increase the Tsunami warning level.